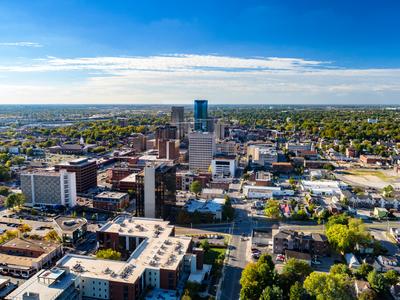 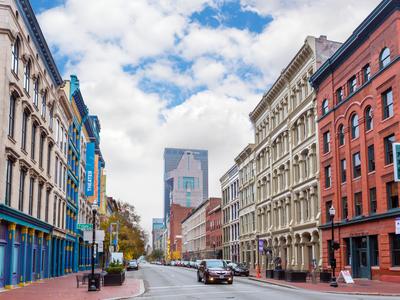 Desventajas: "Overall, I am disappointed in Kayak for listing my round trip flight as KLM, when in actuality, only one short connection of this flight was actually KLM. My itinerary said KLM all over it, but in the fine print it said "operated by Delta." This is dishonest and misleading."

Ventajas: "There was one stewardess that really made the trip feel less "restricted" in the way she would greet, talk, serve, and just being what I always experienced good international flight staff to be. I wish I was able to get her name so I can praise the airlines for hiring such a great staff like her."

Desventajas: "They have to uptade the airplanes"

Desventajas: "Poor communication about the reasons for our 4 hour delay. Also, we purchased Economy X, which should have given us priority boarding, but we were told we had to stand in the general admission queue."

Ventajas: "Fabulous flight, light on passengers, so excellent service given by the crew. Virgin goes the extra mile on service and little perks. 747-400 planes also very comfortable, compared to the Airbus 320,"
Desventajas: "Nothing. Trip both ways were outstanding."

Ventajas: "Nobody are better hosts than the British. Great service, lovely people."

Ventajas: "Food was delicious, consistent timely service and excellent entertainment options onboard. The flight was an hour early!"

Ventajas: "Staff was very friendly, the plane was very clean. Loved the entire trip, except for our uncontrollable weather delay."
Desventajas: "Nothing"

Desventajas: "Seatback TV is of the worst quality among airlines. They really need to upgrade those. They don’t nearly give enough beverage and water. The gate wasn’t announced till last minute. There was no group priorities when boarding. Process was chaotic. Food was meh. No internet."

Desventajas: "The plane seemed to be a little bit old, especially entertaining equipment"

Ventajas: "Plane was about 30% full so plenty of room to stretch out. Friendly crew."
Desventajas: "Flight left 50 minutes late because they'd lost the paperwork and had to get new copies.... not very professional! I can understand a delay due to weather or technical issues but losing paperwork shouldn't happen. The food portion was very small for an international flight."

Ventajas: "Nothing really!"
Desventajas: "I was coming from Sydney and I have to hurry up to take the other fly to Newark and didn’t have time to buy for nothing to eat but I was very surprised they didn’t offer me anything on the plane and when I ask they I have buy it online and didn’t have many choices anyway, I very disappointed with this fly."

Ventajas: "Nothing"
Desventajas: "I had to run for almost 2 miles every time I had to change the flight. On the way to India they lost my one bag, and on the way back to US they lost my both begs."

Ventajas: "good plane and timing"
Desventajas: "meal was not served according to the request and no sound support from the staff"

Desventajas: "I always think Virgin's meals are the WORST among those of all the airlines I use. PLEASE LET THE VIRGIN COMPANY KNOW THIS FACT. The touch screen of the DVD player did not work well so it was a frustrating experience."

Desventajas: "After 14 hours the seats were like sitting on spikes"

Ventajas: "The food was AMAZING. No, seriously. Everything we had was great."

Ventajas: "Amazing food and drinks, and to top it off we were served a frozen ice cream treat during our flight."

Ventajas: "Helpful flight attendants"
Desventajas: "Delay at the airport due to system down where agents had to check in everyone manually"

Ventajas: "Choice of movies was good, but told the flight over was better. I flew another airline. Had no issue checking one bag in for free, but I think that is standard on an international flight."
Desventajas: "Entertainment systems take up foot/bag space underneath the seats. Was not able to get more than one glass of wine, even though I missed the first beverage service, that is my fault though, but I don't recall it being an issue getting a drink between services. Entertainment systems had contrast issues and it seemed like a lot of people 8 - 10 had issues since they were using iPads instead of the built in monitors. A lot of wear showing on the entertainment systems remotes."

Ventajas: "The movie selections and comfortable headsets made it possible to watch three movies uninterrupted. The food selections were well prepared. Flight attendants were helpful and efficient."
Desventajas: "Boarding is always a bit of chaos when our seats are right in the back. People further up insist on boarding early and block the aisles in the process. Multiple levels of passport control and baggage checkout are chaotic, but that's for most all flights coming into USA? VIrgin/Delta handled it well enough. By the time we got through passport control in Boston ur bags were waiting and we had no problems at all."

Ventajas: "The enforcement of the quiet time to sleep on the flight. The excellent meals. The quality of the entertainment system."

Ventajas: "Crew is well trained and efficient. Lounge food and service are excellent."
Desventajas: "Podlike seating in business class. Someone thought the zigzag a way of ensuring privacy. In fact you can't talk to your travel companion nor look out a window. Seats are either up or down and only a crew member can operate them."

Ventajas: "the food was very good and they hd a good list of selections of movies."
Desventajas: "the crew was very dry. they did not seem too happy."

Ventajas: "The people at Check-in were fantastic - found out you have to check-in more than an hour before flight. They close an hour before to taking bags for international flights. Although right at an hour was late, they reopened for us."

Ventajas: "Wifi worked very well"
Desventajas: "Jave to pay for everything on an overseas flight"

Ventajas: "very incompetent crew carrying out orders for a very cheap airline."
Desventajas: "There was nothing to like, attendants were rude, seating was horrible, No room, no snacks, counter persons were even worse, tried to contact virgin australia over 12 times for booking confirm and itinerary, no replies ever, none from HQ in Brisbane. Virgin has NO customer service whatsoever, all they want is to take your money online and do nothing for paying customers. "Paying Customer", remember who we are??? The ones that pay for the worst service in the world. Well done Richard Branson!!"

Ventajas: "The flight from Sydney to LA was enjoyable"
Desventajas: "I was very disappointed that even though I booked through Virgin Australia when their partner Delta didn't get us to LA on time from Minneapolis, Virgin Australia said its Deltas fault, talk to them. They were not going to help."

Desventajas: "I couldn't rank the food or entertainment as I didn't try the food since it was for purchase only, and there was no entertainment offered."

Ventajas: "Everything was great ! The staff very nice and the plane is absolutely amazing .."
Desventajas: "We paid for extra leg but there was no difference between normal and extra .."

Desventajas: "The cabin was extremely dirty, the food was awful."

Ventajas: "Virgin gave everyone meal vouchers to use at the airport during the 5 hr. delay. Also, they still offered a meal on the plane."
Desventajas: "I couldn't get the inflight entertainment to work. I wish they would offer devices to borrow on the plane."

Ventajas: "Good airplane. New. Design optimal. Business seats are good enough. Special meal was very good. Headsets noise canceling are really a plus. Bathrooms with no touch actuators are good idea."
Desventajas: "Cartagena airport need telescopic direct acces to cabins. Very slow boarding due to climb scalators for people in need like strillers or wheelchairs. Service in flight was veeery slow for business standards. English can be improved. They speak to you when you have headphones on!!"

Ventajas: "The food and the customer service was great"
Desventajas: "We were 1 hour delayed for waiting to one of the passengers arrive. Which almost made me late to my next flight"

Ventajas: "Once we boarded, pilots kept us updated on the delay. The flight departured three hours after the scheduled date."
Desventajas: "Before boarding, there was no information. The time to go to the gate kept changing without any explanation. Would have expected more from British Airways. This was not a low cost!!"