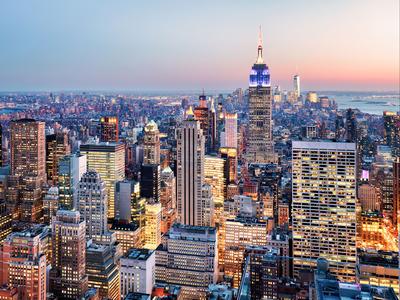 Ventajas: "Crew great."
Desventajas: "Seats too close together. Armrest on aisle could not be raised making exit almost impossible."

Ventajas: "Smooth flight"
Desventajas: "Better leg room, better food, friendlier crew. Today you only get good treatment if you pay extra for it... Something is wrong with the pay-for-good-service model most airlines follow"

Ventajas: "everything was good"
Desventajas: "Needed a bit more food :)"

Desventajas: "Boarding began 25 min after the indicated time. Huge crowd of people (big Airbus 330) was standing in the corridor in some kind of disorganized manner. Priority entrance was open, but then another 20-25 min in the closed waiting area, some kind of hoarder. Only then the mixture of all passengers was let through the sleeve to the plane. Why bother about Priority? Plane arrive in NYC 35 min late. Many transit passengers worried about their connecting flights."

Ventajas: "blueberry juice, service and friendliness"
Desventajas: "no choice of food, little space between the seats, touchscreen and headphones didn't work, for over 8 hours flight this was significant set back"

Ventajas: "I enjoy my flight"
Desventajas: "Again no complains"

Ventajas: "Free movies, TV shows, ok seats (but hey, it's a plane), great meals and service, and a pillow, blanket and water for each person. I really enjoyed both flights with Finnair and would gladly pick them again!"

Ventajas: "Service was great. Comfortable seats and the individual tvs made the 8+ hour flight to NY go so quick and easy. I'll definitely fly finnair again!"

Ventajas: "Nothing"
Desventajas: "Flight attendants in majority were rude, didn't care, unhelpful, for business class, service was worst I ever experienced. Plane is old, pretty dirty, they don't care about elders at all, this flight really ruined my whole travel experience, I doubt I'd ever want to go back."

Ventajas: "Flight was delayed, and I ended up staying in hotel and spending the while next day traveling. It was very unfortunate, I lost 24 hours. But the hotel was nice."

Ventajas: "Yes, in general I like American Airlines so I was happy with flight in general"

Ventajas: "Flight was not packed, plenty of overhead space and seamless boarding process getting on. Crew was attentive. Food not bad."
Desventajas: "Entertainment selection was very poor and I sat there bored. Plane seemed a little old."

Ventajas: "Well this was a first for me. The flight was overbooked and some one wanted to go to New York. Finn Air asked me if I would give up my seat they would get me on the next Finn Air flight to Chicago. I did and they even up graded me to business class on the next flight. It was the best flight experience of my life. Great food, hosts, and service. It was very comfortable the entire way."

Ventajas: "Food was provided when the flight was delayed for 2 1/2 hours. I also really liked the text update from kayak about the delay. The airline did not keep me updated but kayak did."
Desventajas: "The delay when it was already a 6 hour flight. I also was not able to reserve a seat because I had booked through kayak and not with the airline. Finally of the most irritating of all annoyance was that there was no movie. This was an international flight and there was no entertainment. I will never fly American Airlines again."

Desventajas: "food was about the worst I have seen (with special mention to the coffee served as it was def the worst even for airplanes standards) could not check in online ( web would not allow me)"

Ventajas: "The crew was great. The plane was either fairly new or recently refurbished. The new thinner padding on the seats was not a problem at all. For an inexpensive flight they gave a good value."
Desventajas: "The food was decent but not special."

Ventajas: "I had an empty seat beside me on both legs of my flight. This always makes flying more enjoyable. They fed us two meals both directions. There were pillows and blankets for everyone on your seat when you arrived."

Ventajas: "The Movies"
Desventajas: "The stewardess could have been nicer. Very rushed, they were polite but just rushed! Also the lack of CLEAR English speaking crew!!!"

Ventajas: "This is not my first experience with Finnair flight and I'm very pleased with a consistency of a good service, high professionalism and I will recommend this airline to all my friends."

Ventajas: "The options for music and movies were good, but the poor service provided, at check-in and on board, outweighed any benefit we received from the entertainment."
Desventajas: "The crew at Barcelona Airport, especially "Javier" (he refused to give his last name or show his badge - he had it turned around) was very rude and unhelpful. We had to go to another desk person to help us who was a bit more polite. The Finnair Customer Service telephone service was completely unhelpful even though this was booked as a Finnair Flight. The crew on board was ok, at best. The food was the poorest we had in both flights we took (we travelled from Barcelona to JFK, New York, and from JFK to YVR, Vancouver). We were most pleased with our flight from New York to Vancouver, with Cathay Pacific, who, by comparison, had very helpful and pleasant staff both at the JFK Airport and on board."

Ventajas: "Everything good except getting bag after flight."
Desventajas: "Took over an hour at baggage claim."

Ventajas: "We got there"
Desventajas: "No way to get seat assignments until 4 hours before flight"

Ventajas: "The service was remarkable. Everyone was very attentive and friendly which is exactly what you would want for a long flight. The crew came around frequently to provide beverages and left you alone to sleep."
Desventajas: "The boarding process was a bit hectic. The flight was full which I completely understand. After everyone was settled in the plane it took another 25 minutes to leave the runway."

Ventajas: "Friendly crew and clean plane. I liked the ipads and the drinks. It was pretty quick and easy."
Desventajas: "Terrible turbulence the entire way and as it was a smaller plane you could feel it for most of the flight. The food was also not very good..."

Ventajas: "The price was right. The crew were very pleasant and attentive. Seating had sufficient room. Good movie selection."
Desventajas: "Seats did not recline properly, were not comfortable and very hard and hard on the bum."

Ventajas: "courteous and helpful crew, easy calm and efficient boarding process, with a announcer who spoke CLEARLY, slowly and loud enough to hear, more comfortable plane than the AA plane I took to get to Paris."
Desventajas: "In flight entertainment really inferior to other airlines, food mediocre, but adequate. But good service is paramount and your crew was good despite many challenging customers."

Ventajas: "The food and Cava were excellent. So were the friendly staff."
Desventajas: "Seats slightly too small, but thankfully not as bad as American Airlines on the way over: that was horrible!"

Ventajas: "food and crew"
Desventajas: "Poor entertainment offer (no quality movies and not varied options-not classic movies!!). Interactive device menu not working properly or at all. Outraging policy to offer more bookings than available seats that turned out into my wife and me being put in standby when we had purchased our tickets last July. Waiting for 30-40 minutes to claim our baggage to know it had been left in our origin destination in the end so it would probably be delivered 2 days later since the next flight would arrive the following day but late in the evening and more time wasted on the lane to claim for it that caused to miss our connecting train that would take us home and we had to wait for another hour to take the next so we finally got home 2 hours later than expected. We will never use again another company from the one world alliance."

Ventajas: "The crew was very helpful and the entertainment was updated."
Desventajas: "Philadelphia airport services were terrible: - immigration processing was too long and took more than one hour dur to out of service customs machines and insufficient immigration personnel. - luggage handling at the airport careless and resulted in the breaking of some of my belongings."

Ventajas: "Entertainment system was awesome and worked very well. Crew was very nice."
Desventajas: "Bathrooms were very dirty. But I didn't visit them til near the end of the 10 hour flight. That would be why. Our flight took off 1.5hrs late due to plane air conditioning problems."

Desventajas: "Nothing was dairy free, staff did not even have access to ingredients so I could check myself."

Ventajas: "The only good thing was we landed early think that was more to do with the wind though!!!"
Desventajas: "They rebooked us all at the gate and split people up. So boarding was a nightmare without anyone being friendly. The plane was the oldest plane I have seen they had one tv for the plane and the whole section I was sat in didn't have volume that worked and they basically said too bad. The crew didn't respond to any lights that were put on they put their head down and scooted past you. I have been flying to and from USA to UK for 15 years worse flight."

Ventajas: "Pleasant helpers moved me through the maze and queues"
Desventajas: "Airport is vast. Transport to T4Satellite left me in nowhere land for a long time. Had longer layover which was fortunate."

Ventajas: "Once we boarded, pilots kept us updated on the delay. The flight departured three hours after the scheduled date."
Desventajas: "Before boarding, there was no information. The time to go to the gate kept changing without any explanation. Would have expected more from British Airways. This was not a low cost!!"

Desventajas: "Is not worth to fly with any American carrier, you have to go trough endless inmigration queues just to transit"

Ventajas: "The app allowed you to take your boarding pass very easy."
Desventajas: "8 kgs for the carry on luggage is too low, most of the airlines offer 10kg. I needed to check in my luggage with an extra charge of 35 €"