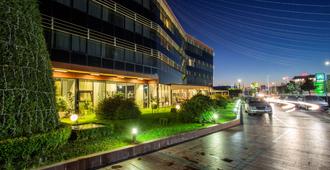 Posición n.º 5
Hotel Restaurant Bujtina e Gjelit
8,8
Excelente 8,8
Basado en 109 comentarios
Detalles
Opiniones
41 €
Ver oferta
Te Stela Resort
Ver todos los detalles
Limpieza
8,9
Confort
8,8
Ubicación
7,9
Servicios
8,6
Personal
8,7
General 8,6 Excelente
Basado en 803 comentarios
Todas las opiniones
Limpieza
8,9
Confort
8,8
Ubicación
7,9
Servicios
8,6
Personal
8,7
Excelente 9,7
Ventajas: The number one factor is the value. This is a real resort with wonderful outside pool, 2 inside pools and a very good gym. The location is next to a shopping mall with everything you want to buy and excellent Italian restaurant Veranda and giant supermarket. Reception was friendly. Bed quality was excellent. Bathroom facility super clean and modern. The pizzas at the restaurant looked delicious but I didn't try them.
Desventajas: Wifi was slow/intermittent. Location is 7 km into the Tirana Duress highway next to the beer factory Stella. You will be dependent on taxis to the airport ($15) and to town. I suggest the hotel invest in a shuttle to town or negotiate lower rates with taxi companies.

Posición n.º 10
Elysee
8,5
Excelente 8,5
Basado en 51 comentarios
Detalles
Opiniones
58 €
Ver oferta
Vila Zeus Hotel
Ver todos los detalles
Limpieza
8,1
Confort
7,8
Ubicación
9,0
Servicios
7,7
Personal
9,0
General 8,2 Excelente
Basado en 149 comentarios
Todas las opiniones
Limpieza
8,1
Confort
7,8
Ubicación
9,0
Servicios
7,7
Personal
9,0
Excelente 9,7
Ventajas: It was very clean and everything was new! Really friendly staff who were great. There was a nice bar and a nice restaurant adjacent to the lobby. We had a rental car and parking was free. Early morning trip to the airport was made better because this hotel is literally a 2.5 minute drive to the airport, so no stress. When we walked out at 2am to head to the airport there was a shuttle waiting for us, which we didn't need, but good to know they were so ready for things like that! Really liked most aspects of this place.
Desventajas: My only complaint: There were lots of no smoking signs at the front lobby and at the entrances to the restaurant and bar. We are from the USA and aren't used to people smoking indoors, near building entrances, or constantly as they seem to do in the region. So we were pretty happy to find a place with "no smoking" indoors. We had dinner and drinks at the hotel restaurant and bar, respectively. Unfortunately there were several groups of guests smoking in the bar, the restaurant, and the lobby, right next to the no smoking signs! And in front of the waiter/bartender/front desk person, so it wasn't some hidden thing. I can't get mad at bring faced with indoor smoking generally as that's the culture, but to do so in a building with a bunch of no smoking signs is annoying. 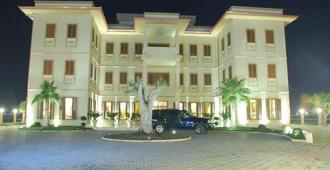 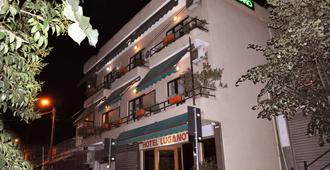 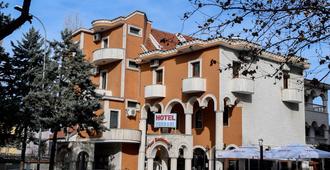